Showing posts from January, 2011
Show all

Text to speech on the iPad - Tutorial

January 10, 2011
I'll bet you didn't know that the iPad can read books out loud.  This feature is already built-in.  You just have to activate it.  Here is how.
Post a Comment
Read more

January 04, 2011
In case Scribd is blocked in your school, office, or if you just don't like its restrictions, there are alternatives.  This great list was posted on JPIRES.org .  It is the lengthiest list of its kind that I have found so far, and many of these services I had never even heard of.  As always, let me know what you think, and which ones you like best.
1 comment
Read more

Got an Apple iPad? Here's What to Do With It. | PCMag.com 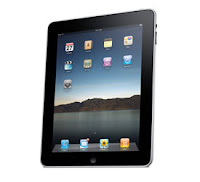 How to Buy the Right Headphones | Roundup | PCMag.com

Classic Shell is a collection of features that were standard in Windows XP, but many of which are now missing from Windows 7 (and also from Vista).  Such features included in this package are Classic Start Menu, a toolbar for Windows Explorer, and a variety of skins and tweaks that can be customized. For instance, one of the changes in Windows 7 which really burns me is the removal of the toolbar buttons that previously existed in XP's Windows Explorer folders.  These buttons could be customized in Windows XP and even as far back as Windows 98.  You could right-click on the toolbar of any folder and chose "Customize" and then pick which buttons you wanted to display. Then, you could shift them up and down the toolbar so that they were located exactly where you wanted them.  Now, in Windows 7, this customization of folder toolbars is not possible.  That is where Classic Shell comes in.  It adds many of those missing toolbar buttons, plus a lot more.  Click on the link be
Post a Comment
Read more
More posts