I try to share some of the most comprehensive tips and recommendations I write up for teachers here. This is one of the most recent. When asked what is out there for music teachers to use with students on Chromebooks, particularly if those students are learning at home, I had to start from scratch. Knowing very little about what was available, I just started with the Piano apps available for Chromebooks, extended it to Android, and then added Web apps that work in the browser, as well.

The music teacher who contacted me about this also wanted to know what was available in the way of drums and drum kits. So I added that as well. Below, you will find a section for each. If you know of additional web tools or apps that may be good for elementary music teachers (with an emphasis on free), please add your comments and recommendations below. 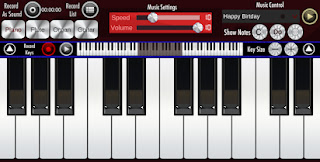 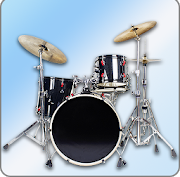 Drum Apps Reviewed:
Virtual Drumming: https://www.virtualdrumming.com/drums/online-virtual-games/hip-hop-drum-kits.html
Notes: This might be the best option for Chromebooks. It has links to Drum Games, Drum Lessons, Advanced Lessons, and Drum Sheet Music.
Pros: What makes this stand out is its many free drum games for kids and virtual drummers to play with a real-life-looking live drum set.
Cons: If students can avoid the multitude of ad buttons at the top and middle of the page (both above and below the drum kit), this is a worthwhile web tool.
Overall: The ability to play drums online on any device is simply great. Just make sure that students avoid the sponsored searches, which look like they are part of the app. For example, there are small buttons directly under the drum kit which say "play drums," "heavy metal," "drums music," "drum keyboard," and more. These are deceiving and should be avoided at all costs.
REAL DRUM: Electronic Drum Set:
https://play.google.com/store/apps/details?id=br.com.rodrigokolb.realdrum
Notes: Installs as an Android app from the Google Play Store.
Pros:
Cons: The problem is the ads. Ads (mostly full-screen) pop up after almost every button is selected.
Overall: The ads that load wouldn't be such a problem, except that they load at the most inopportune times. Mostly when ever an important button is tapped, such as "Stop Recording," playing a lesson or loop, and when loading a different drum kit. Impatient students will find this annoying and frustrating. Just imagine how great the pay version of this app would be (without the ads).
Drumbit:  https://chrome.google.com/webstore/detail/drumbit/mplpmdejoamenolpcojgegminhcnmibo/related?hl=en
Notes: This is a Chrome app found at the link above - with very few ads at all, and that is a huge plus. But no more new features will be added to this edition. The Web App, which is also free and compatible with Chromebooks, is found at drumbit.app and it does have some fairly large apps on its left and right sides.
Pros: Features include 6 demos, 7 room effects, the ability to save as a WAV file, copy/paste between patterns, volume control for each track, and the ability to change the pitch of the sample.
Cons: Some students simply will not enjoy using a drumming app where you cannot actually see the drums.
Overall: This is a tough one to call. It doesn't have the ads which plague most of the Drum apps, but having to manually choose which tom, crash, Hihat, snare and kick does what, and at what time, will be daunting for many students. The various Demos (from the drop-down menu) are helpful though. and quickly show how this works. The various room changes and effects are also pretty cool.
Drum Kit (Drums) free:  https://play.google.com/store/apps/details?id=com.games_for_rest.drum_kit_free&hl=en_US
Notes: Installs as an Android app from the Google Play Store.
Pros: The drums are movable, so students can configure their own kit in various ways.
Cons:
Overall: See comment above. Without the ads, this would be a great app. Menus are hidden, which is a plus, but after tapping buttons, they come up full-screen and must be manually closed. It looks and sounds good though.