The Product of the Year: The LG BD390 Network Blu-Ray Player

Year. The reason why I say this is because all year I have been looking for a Blu-Ray player that does everything and plays everything. None have come close until this one. LG makes other Blu-Ray players, but this is the one with a Wi-Fi connection, and that is what makes all the difference.

The Features
So far I have not even tried using this Blu-Ray player to play Blu-Ray DVDs.  I have read many reviews that say this is one of the faster players around, loading and displaying DVDs quicker than almost any other player available.  But what I bought it for are the other features, which I have tested and can verify:
Tips & Discoveries

After using it for a few nights pretty heavily, there are some tips I have discovered about this player that I would like to share.

Of course there are always complaints and no product is perfect.  I was at the CNet site and read some of the reviews and complaints about this player.  Here is a link to the CNet review, which is extremely positive.  I think it was one of the most glowing reviews I've ever seen CNet give of a product.  However, some users were not so favorable of it.  I don't understand that.  Rarely have I seen a more amazing and feature-rich device than this one.  The only truly annoying aspects of the LG BD390 are the need for buffering of the YouTube videos (see my tip above for a work-around) and the occasional dropped wireless connection (twice it has dropped in a few days of Netflix use).  An error message received was that "another device was using the same IP address" on my network.  I rebooted the computer and it resolved the problem, but I also had to re-configure the wireless settings on the blu-ray player once to fix the connection problem.  For the most part, online connectivity has been good though.  The nitpicky complaints I read on CNet seemed rather unjustified in my opinion.  Here is a link to the CNet review.

If you want your first Blu-Ray player to be an all-in-one do-everything type of machine, this is the one.  It has a Wi-Fi connection, which is a huge plus.  The Netflix streaming quality is excellent.  The YouTube quality varies, depending on the video, but you can also use Ethernet if you want a faster connection.  A USB port to your DivX movie and MP3 music collections (if you have them) from an external hard drive is a wonderful feature that works well (plug and play).  And if you have a home network already, you can stream those files until your heart's content from all over your house to your HDTV.  Who could ask for more?  The LG BD390 for these reasons is my pick for Product of the Year.

Email ThisBlogThis!Share to TwitterShare to FacebookShare to Pinterest
Labels: Hardware

Taking Better Photos with a Chromebook 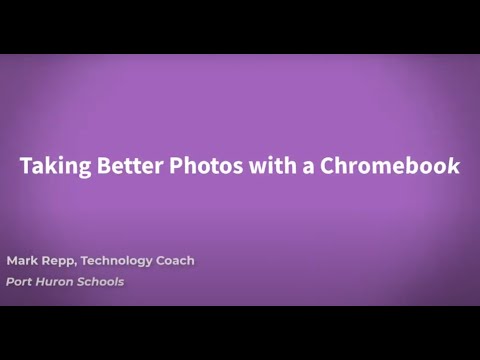